A Complete Guide to Making an Origami Heart

Origami is the entertaining art of folding paper. A heart is a fairly simple but effective shape and the result can be used as a Valentine’s Day gift, a romantic good luck charm, or as a decoration for paper artwork.

Take an A4-sized piece of paper.

You can also use a 15cm x 15cm square of origami paper. Thinner paper is arguably better, as the thicker paper is harder to work with and doesn’t always stay folded. Better make your first attempts with paper that are not too small, as the folds will be more difficult, and frustrating. If you want to make a larger paper heart, use a larger piece of paper. If you want to draw a pattern, divide it in half; it will end up in the heart’s center. Later you can add a decoration when the heart is finished.

Turn the paper’s white side up.

Then fold the top right corner down, so it meets the left side of the paper. Unfold the fold again and do the same with the other corner; don’t open this fold. If you’re using A4 paper instead of origami paper (which has a white side), you don’t have to worry about turning the paper to the white side.

Fold the bottom half of the paper in half.

Do this so that the paper’s white (or inner) side is no longer showing. Create sharp edges by running your nails over each crease. Clear, sharp edges will make the final product look much better.

Open the top part of the paper.

You should now have two diagonal creases on the paper.

Fold the top part horizontally so that the crease lines up with the intersection in the middle of the paper. Then open the fold again.

Turn the paper over again.

Take the left and right sides of the paper (where the horizontal crease is) and pull them toward the center of the paper. As you pull them, the other two folds should also buckle. Pull the sides inward, so they touch. Making the pyramid shape may take you a few tries, especially if you are new to origami. You should end up with a shape that looks like a triangle on top of a rectangular shape.

Fold the bottom left corner of the top triangle, so it meets the top point.

Only fold the top layer, not both layers of paper. Make the same fold on the other side; now, you should have a diamond shape.

Fold the other sides in as well, so they meet the diamond.

Take the wrong side of the paper and fold everything toward the center that isn’t part of the diamond you created in the previous step. Do the same with the other side.

Fold the whole assembly vertically, then undo the fold and flip it over.

Fold the bottom corners up.

Take the bottom two corners and fold them up, so they line up with the center line. Fold it so that what used to be the bottom edge now lines up with the vertical line that runs down the middle.

Fold the top flap down.

Fold the large, triangular flap from top to bottom as far as it will go without hitting the horizontal line. There should now be three individual flaps on the top, two small and one large. Fold the big one down.

Pinch the two corners you folded bottom-up into the triangular flap.

Fold the top tips down.

Fold the two remaining top flaps down at a slight angle.

Fasten these corners as well.

Pinch the corners of these flaps into the large flap as well.

You should now be holding an origami heart in your hands.

Study the illustrations carefully before making the folds to avoid unnecessary creases in the paper. Practice If you are new to origami, this project can be difficult and you may not succeed on the first try. Try writing a message in the “Inside” and follow the instructions to hide it. It’s recommended to try with an old piece of paper first, as a step may go wrong, and you may need more practice. You can put the heart in a paper box and give it away your heart.

The Ultimate Guide to Cracking Knuckles 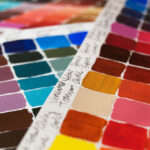 The Ultimate Guide to Mixing Colors 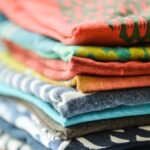 How to Make Something Beautiful out of Old T-shirts 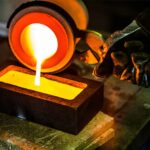 A Complete Guide to Melting Gold