A Complete Guide to Stopping a Youth from Stealing

At some point, teenagers may start stealing in a variety of ways, such as money from their parents’ pockets or even merchandise from stores. Depending on the value of the stolen items, this can have legal consequences. But regardless of its magnitude, when a theft comes to light, it triggers feelings of shame, guilt, and embarrassment in both the teen himself and his parents. There are things you can do to prevent your teen from stealing again, if possible, so they don’t get into serious trouble.

Choose the right punishment for stealing

Explain the consequences of stealing.

You may have noticed your teen stealing money from your wallet, or you may have found stolen goods in your teen’s backpack. If this is their first time and the teen has no previous criminal record, sit down with them and discuss that using other people’s property is illegal and can ultimately lead to prison. Don’t downplay the seriousness of the offense and make your teen think it’s okay to steal from people as long as you don’t get caught. Use strong language and make it clear what the potentially life-changing consequences of stealing can be. Feel free to use legal jargon to outline possible jail terms for theft (that is, stealing someone else’s property outright) and similar crimes (including fraud or extortion for personal gain). The value of the stolen property will determine whether there will be a theft prosecution or whether it will be dismissed on the grounds of insignificance. However, there is always the danger of punishment in the form of community service or youth detention, and if the offense is repeated, the judiciary will no longer be so merciful.

Show your teenager the consequences of theft in an impressive way.

Another method, instead of just explaining what the consequences of stealing can be, is to demonstrate it live and in color. If your teen has stolen money or something else from you, some parents recommend actually calling the police and asking them to simulate an arrest as a deterrent. This can go so far as handcuffs being used and the young person being allowed to sit in the back seat of the police car so that the police officers can once again explain to him in detail what to expect if he is caught again. This seems like a very extreme strategy at first, and you should only use it if you’re the one who’s been robbed because then it’s up to you whether you report it or not. But for reasonably sensitive teenagers, it can make enough of an impression that they never even think about stealing again.

Deliver a punishment that will require positive action from your teen.

Physical punishment is not only forbidden, it’s also useless because it will only make your teen more hostile and angry towards you. Instead, come up with a punishment that requires the youth to make amends for their mistake. In this way, the delinquent will understand how stealing can damage relationships with those around him and will learn the importance of honesty. So if you caught your teen taking money out of your wallet, the first thing you can do is make them pay all the money back. Depending on how much it was, this may take a while, and it may even require him to find a job or earn the money from odd jobs. But he will learn that his actions have consequences, he will become more responsible through his first job and hopefully also understand that stealing is not a legitimate path. Another option would be to have your teen work off the stolen money in your own households, such as cleaning or other chores. In this way, he can make up for his mistake and at the same time do something good for others.

Prevent your teenager from stealing again

Ask the teen why exactly they feel the urge to steal.

Maybe there are completely different problems that bring him to it. If you identify the underlying problems together, then together you can prevent something like this from happening again. Adolescents steal for a variety of reasons, but some of the most common are as follows: Peer pressure can be a great motivator. For example, your teen might want the latest smartphone because everyone else has it, or those hot shoes everyone is talking about, and feel like the only way to get those things is to steal them (or the money to buy them). . It’s part of adolescence to want to fit in, and your teen may be under a lot of pressure to keep up with others. Seeking attention is another possible reason why a teenager starts stealing. Negative attention, especially from authority figures, is also better than none at all in your teen’s eyes. Maybe he’s stealing because he knows he’s going to draw attention to himself and then you kind of have to notice him and deal with him. Embarrassment and shame often play a role as well. Did your teen steal condoms, tampons, or a pregnancy test? Maybe he was just too embarrassed to ask you for money or to buy these things openly, so he stole them. Sometimes teenagers are just looking for thrills and want to consciously do something forbidden. They tend to always be looking for dares and risky actions. And if something is forbidden, it’s doubly exciting. In this way, stealing becomes a way to push boundaries while positioning yourself as cool and brave in front of your friends.

Offer your teen the opportunity to make money in other ways.

If a teen is stealing because they feel like they can’t keep up with their peers, get them a part-time job or ask around the neighborhood if they could do something like mow the lawn or do some grocery shopping for the elderly after school. Not only do you give him the freedom to buy what he wants with his own money, he also learns a sense of responsibility and the value of money and how to use it properly. Suggest that the young person draw up a personal budget and learn how to manage money properly so that they can learn how to budget now.

Have the teen find a healthy and sensible hobby.

Encourage your teen to focus their energies on playing to their personal strengths in productive ways, such as supporting a sports team or similar group. In this way, he may also get to know people of the same age with whom he has more in common than the eternal hunt for material things in order to be perceived as cool by others.

Consciously spend time with your teen.

Stealing may be a desperate expression of your teen craving more attention. Don’t just ignore this, instead make time for the young person on a regular basis. Show him that you care about him and his interests, for example by pursuing his favorite hobby with him or by getting interested in his favorite band. During this time together, you can also discuss birth control with the youth if shame or embarrassment was the reason for the theft. Make him feel like he can ask you any questions and he doesn’t have to be ashamed at all. If sex is somehow to blame for your teen stealing, then talk about it together.

Get help from a family counseling center if the stealing won’t stop.

If you catch the kid stealing again, it might be time to get outside help. Some teenagers steal because of deeper issues that may require the help of a counselor or therapist, whether on an individual or family level. Don’t let your teen become a habit of stealing, as it could have really serious consequences and also create an overall false sense of morality in the teen. Rarely, adolescents also develop kleptomania, an obsessive-compulsive disorder in which people feel extremely tense or nervous and the only way to relieve this pressure is to steal something. Speak to a doctor or psychologist if you suspect your teen may be suffering from this disorder. 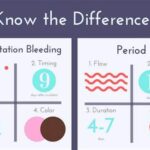 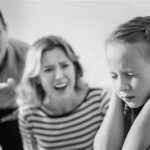 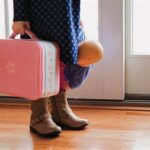 The Ultimate Guide to Running Away from Home 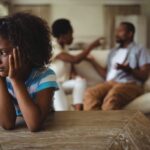 How to Cope with not Being Loved by Parents